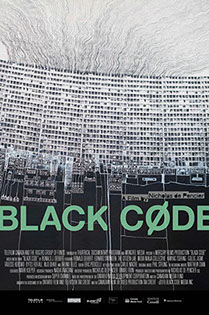 BLACK CODE
‍
Based on the book by Prof. Ron Deibert, Black Code is the story of how the internet is being controlled and manipulated by governments in order to censor and monitor their citizens. As this battle for control of cyberspace is waged, our ideas of citizenship, privacy, and democracy are challenged to the core. With stories from Dharamsala about Tibetan monks who circumvent China’s surveillance apparatus to get sensitive information in and out of Tibet, Syrian citizens who have been tortured by the regime for Facebook posts, Brazilian media activists who use social media platforms to distribute alternative news, and Pakistani online violence against women, we see firsthand the high-stakes effects that our unprecedented level of digital communication can produce.
Nominee, Eric Pedicelli, Best Editing in a Feature-length Documentary Canadian Screen Awards 2017
‍Official Selection Toronto International Film Festival 2016
‍Official Selection Human Rights Watch Film Festival [London, UK] 2017
‍Official Selection Hong Kong International Film Festival 2017