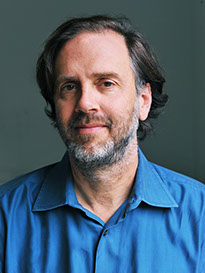 Nicholas de Pencier is a director, producer, and director of photography working in documentary, performance, and video installation for the last three decades. He is a principal at Mercury Films Inc., the Toronto-based production company he co-founded with his partner, Jennifer Baichwal.

De Pencier’s director’s credits include the feature documentary Four Wings and a Prayer, about the migration of the Monarch butterfly (Grand Prix Pariscience; Banff Rockie Award, Best Wildlife and Natural History Program; Jules Verne Nature Award; nominated for an Emmy for the PBS NOVA version called The Incredible Journey of the Butterfly). De Pencier directed, produced and shot the feature documentary Black Code, which investigates internet censorship and surveillance. The film premiered at TIFF and played at festivals around the world. With Baichwal, de Pencier is the co-director and DOP of Long Time Running, a feature documentary on the Tragically Hip’s iconic Man Machine Poem tour (TIFF Gala). ANTHROPOCENE: The Human Epoch is another collaboration with Jennifer Baichwal and Edward Burtynsky where de Pencier was co-director, director of photography and producer (TIFF, Sundance, Berlin; Toronto Film Critics Association, Best Canadian Film; Ted Rogers Award for Best Documentary; Best Cinematography, CSAs; Canadian Society of Cinematographers Robert Brooks Award for Documentary Cinematography). The project included a feature documentary, two books, augmented and virtual reality pieces, an educational program and simultaneous museum exhibitions at the Art Gallery of Ontario and the National Gallery of Canada before touring international galleries. De Pencier was recently the series producer, co-writer and co-director of Summit 72 - a major four-part series for the CBC on the 50th anniversary of the 1972 Summit Series of hockey, and the producer of Into the Weeds (opening night film, Hot Docs), directed by Jennifer Baichwal.

As a cinematographer, de Pencier has filmed factual TV series and documentaries for the CBC, PBS, Discovery, National Geographic and History. A detailed Director of Photography CV can be found at www.mercuryfilms.ca. He was admitted as a full member to the Canadian Society of Cinematographers in 2012.

In December 2011 de Pencier collaborated with Dr. Mike Evans and illustrator Liisa Sorsa to direct and produce the short, animated health video 23 ½ Hours which instantly went viral and has been viewed by more than seven million people in many languages worldwide. Evans and de Pencier have produced more than 50 subsequent health videos for their YouTube channel.

De Pencier’s video art installations include Watermark Cubed at Nuit Blanche (a cube at the corner of Bay and Richmond Streets in Toronto), Music Inspired by the Group of Seven with the Rheostatics in Walker Court at the Art Gallery of Ontario, and Ice Forms, an installation as part of the Lawren Harris Exhibition at the AGO in the summer of 2016, which was reprised in 2018 at the Art Gallery of Hamilton. Another installation, Ancient Forest Alliance, played at Nuit Blanche at the AGO in 2018 and the Silesian Museum in Katowice, Poland. All of these pieces were collaborations with Jennifer Baichwal.

De Pencier holds a BA in English and Art History from McGill University, and was a Producer Resident at the Canadian Film Centre. He is a past president of the board of directors of Charles Street Video, a former member of Rogers Industry Advisory Group at TIFF, and currently sits on the boards of The West End Phoenix newspaper, the Ontario chapter of the Documentary Organization of Canada and the Hot Docs International Film Festival.